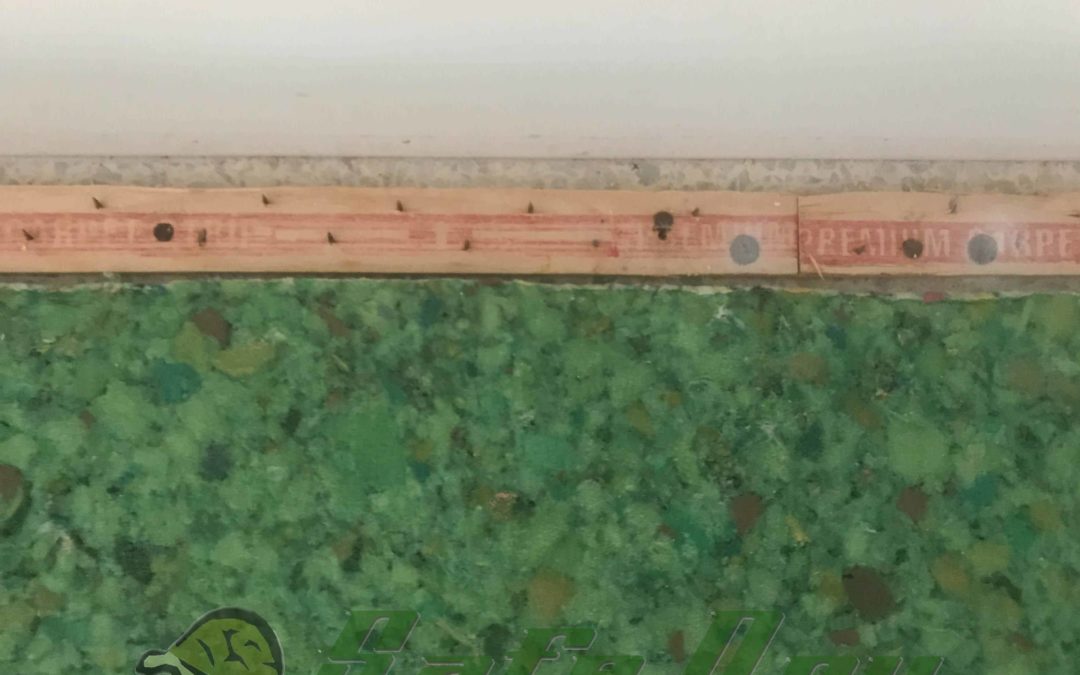 Did you know that tack strip removal is the #1 cause of damage in terrazzo floors?

The proper way to remove tack strip in terrazzo floors is to pull out the strip and then cut the heads of the nails off. Even using this method, it’s impossible to avoid damage caused by tack strip the doesn’t use proper, concrete, nails.

The black nails with the smaller heads are the improper nails for this terrazzo job.  If you want to see if your tack strip was likely installed correctly, see if you have small black nails or larger silver nails. You can also pull up some tack strip to see if there is any evidence of damage from tack strip that has been pulled up in the past. At SafeDry, we remove fifty to seventy thousand chip holes from nails a year.  We’d like to spread this information because we’d rather be working on the floor than repairing chip holes.  Although we charge for chip hole repair, it’s not a profitable repair for us. If you pull a nail, you will cause damage. Pulling nails instead of cutting them is the #1 cause of terrazzo damage. 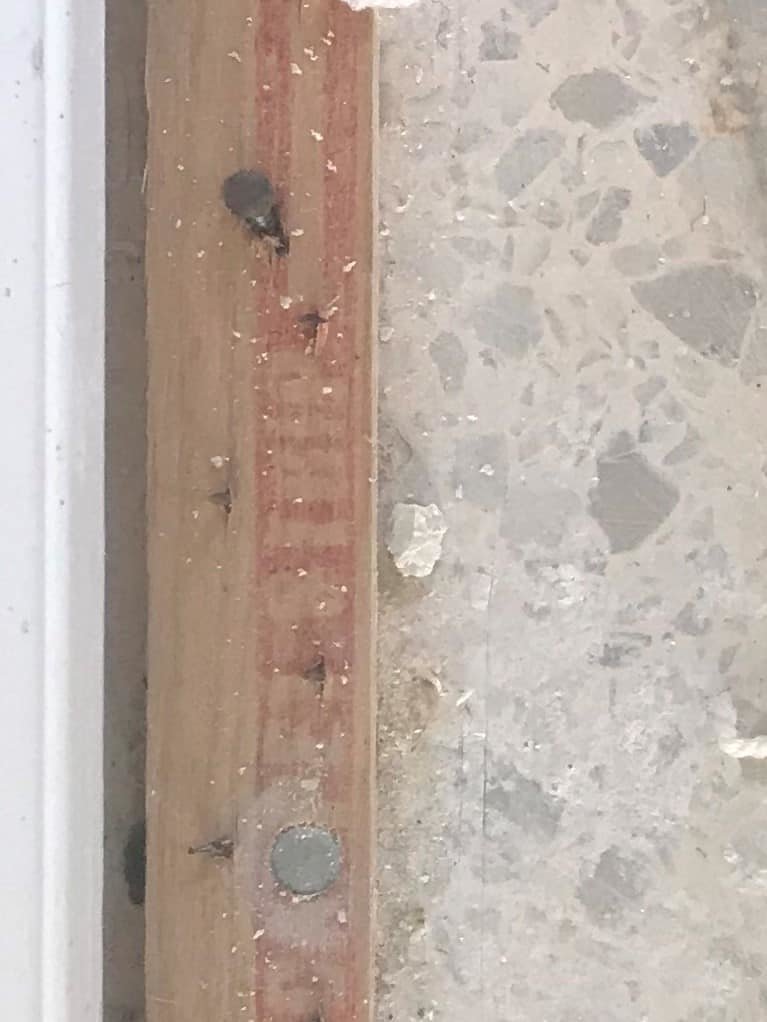 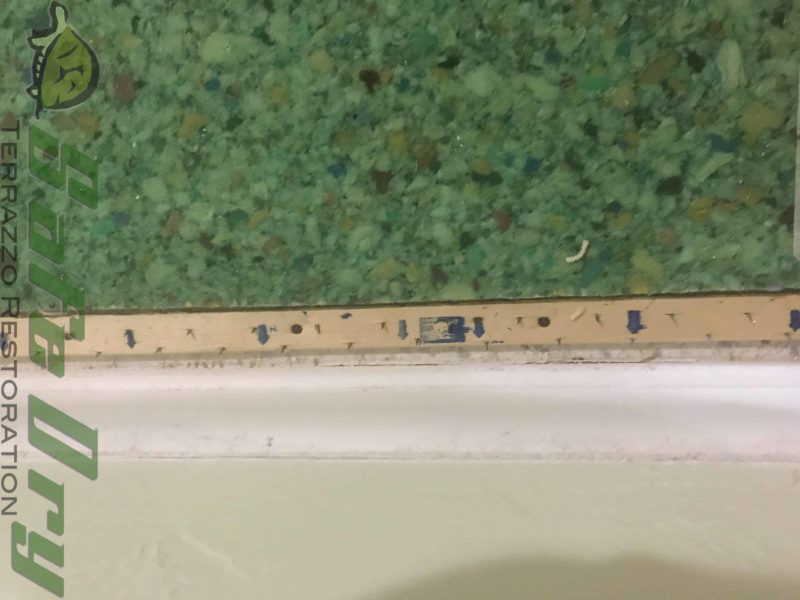 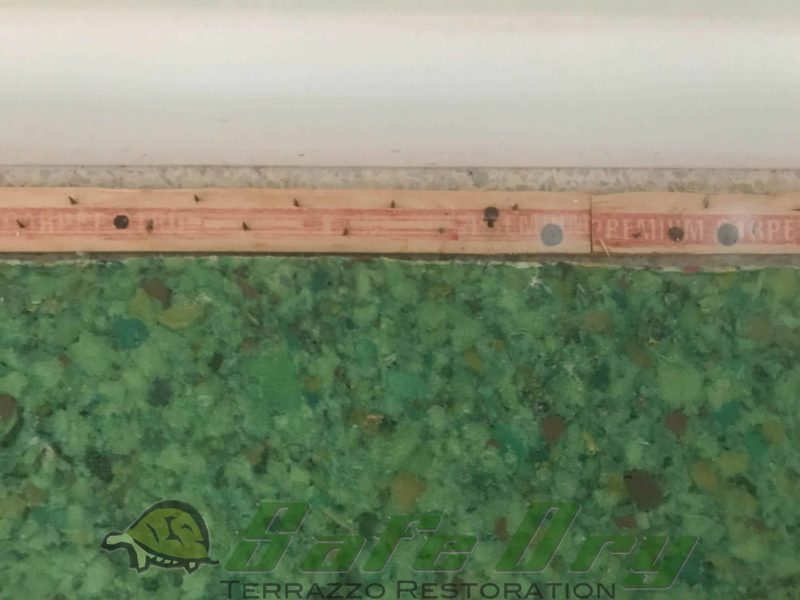